At this time last year we were moving into our new home — Christmas was somewhat akin to a plethora of boxes that one really didn’t want to open…However, it was a good festive season with invites to friends’ homes that were delightfully decorated for the season…

Skiing got underway on the second day of the New Year and continued to the end of March — it was a good season, with some good powder days and many sunny moments. ST, in spite of ending her season two weeks early to go on a pilgrimage to Israel with additional side trips to Jordan and the Red Sea, had 31 Days, 245 Runs, 114,940 Vertical metres (Vm’s) and skied approximately 538.7 kms (these new apps track everything you do on the hill, except monitor numbers of drinks — which is a good thing). As for gw, who took almost two weeks off to see his Editor (at Queen’s) and then attend the Association of Practical & Professional Ethics Conference (in Texas), the totals were 32 D, 288 R, 141,994 Vm’s and a distance of 759.3 kms.

Spring in the Okanagan was unusually wet. Sherley (ST’s sister and her husband Jean-Guy visited and were somewhat amazed at the number of mountains between YVR (Vancouver’s International Airport) and the Okanagan Valley. Visits to wineries and orchards (the blossoms were starting to come out) along with various other unique sites and some golf for J-G of course, summed up their visit with us.

Due to heavy spring rains, there was considerable flooding. But happy to report that Penticton Creek which flows past the back end of our property did not overflow its banks, although many evenings one could hear the boulders being swept along by the current and hitting other rocks embedded in the creek bottom.

In May there was traveling over to Alberta to watch the AZ Grandsons play in hockey tournaments. That also gave us the opportunity to have dinner with Chris and his family. In between we spent the Victoria Day weekend taking in another full schedule of Meadowlark Festival activities, including learning about bats, burrowing owls, the spotted lake, a unique valley near Penticton, and a day with a most learned geologist (in his eighties) — we even got to see evidence of volcanic activity (many millions of years ago, mind you). It was a good weekend, but almost too much learning.

June was a mishmash to activities. gw taught Environmental Health Ethics at Concordia University of Edmonton (CUE) and also attended as an unofficial observer the General Assembly of the Presbyterian Church in Canada (meeting at Queen’s — while there he also preached at St. Peter’s in Madoc ON, the town where he graduated from high school). Dragon-boating started up in a big way (for ST) along with a little bit of biking (particularly for gw) and Rotary activities for ST.

July brought the AZ Grandkids and their mother (Kelti) for a two week visit. For one week the boys participated in the Okanagan Hockey School and each did really well. The other week was spent at the beach, biking, boating and generally having fun, including three nights in a row, celebrating each of the boy’s birthdays, complete with DQ ice-cream cakes. At the same time, some activities had to be curtailed a bit because the forest fires were raging and heavy smoke was everywhere — the impact of the wet spring disappeared fairly rapidly. After their visit, gw drove the boys to Duluth, Minnesota, stopping en route so the boys could visit Gustavus Adolophus College and then see the arena on the campus of the U of Minnesota — all part of starting their thinking about potential college plans. We also celebrated our good friends’ (Bill & Doreen Bobbitt) 50th wedding anniversary and Bill’s 80th (since then Bill has on more than one occasion shot better than his age at golf — for me to do that would require that I play golf into my hundred’s!!).

The remainder of the summer included CFL football in Vancouver, times at the beach, golfing and loafing around…they were good months… highlights included a helicopter ride (that had been won at a charity auction) which flew over our home and then down the neighbouring canyon (now that was an interesting moment), and another ride the result of a different charity event, this time on a boat on Okanagan Lake complete with a picnic and wine!! The BC Seniors Games (now called the Plus 55 Games) were held up the valley in Vernon. ST’s women;s team of the Golden Dragons won a Gold Medal — their first ever. To watch them celebrate when it was announced was one of the most unforgettable moments of the year!!

October was delightful as the weather was very nice and the fires were beginning to be brought under control. A quick visit to AZ during school break — managed to get involved in trying to sort out a corn maze, playing TopGolf, celebrated birthdays and wedding anniversaries, went to the State Fair for a day, and managed to take in some early season hockey by the boys themselves.

November saw gw continuing to teach courses by distance as well as conducting workshops, etc., while ST was continuing her Rotary work. The real highlight was the 105th Grey Cup party in Ottawa — really well-staged, lots of fun and a very exciting game in the snow.

December saw us finally getting a Christmas tree (after twelve years) and adorned our little cottage with outside lights, wreaths and decorations. Makes for a very warm glow in the neighbourhood (the Presbyterian blue lights contrast so well with the pure white ones and this is probably why this Christmas seems more unique — or because gw learned from his Mom to help make shortbread cookies — a tradition!!).

Before closing, here’s an update on the family:
#1)
Chris & family continue to live in Calgary. Chris is Director of Finance for a major Ford dealership and Linda continues to work for the Calgary School Board as a Classroom Assistant dealing with special needs kids. Grandson Nick is into his apprenticeship in auto mechanics while Ciera is now attending University of Victoria.

#2)
Kelti’s crew live in the Greater Phoenix Area (Chandler, actually) where the factory that Brett runs continues to do very well (he opened a new facility in the autumn). Kelti continues to teach gifted students in the AZ school system. The three grandsons (Brendan, Connor & Hayden are now all in Grade X. They mostly play hockey although the Twins go for their learner’s permits to start their driving at the end of this month.

#3)
Mother, as this letter is being written, is still watching curling (fall, winter, spring), and the chuck-wagon races (summer) — and she takes phone calls… She also makes shortbread as part of sister Anne’s Christmas baking and related preparations. Should nothing serious happen to her in the next month, she will turn 101 in late January.

Joyeux Noel, Happy Hanukkah & all the best in the New Year… may 2018 bring you lots of joy and peace,,,

ps
views from our world… 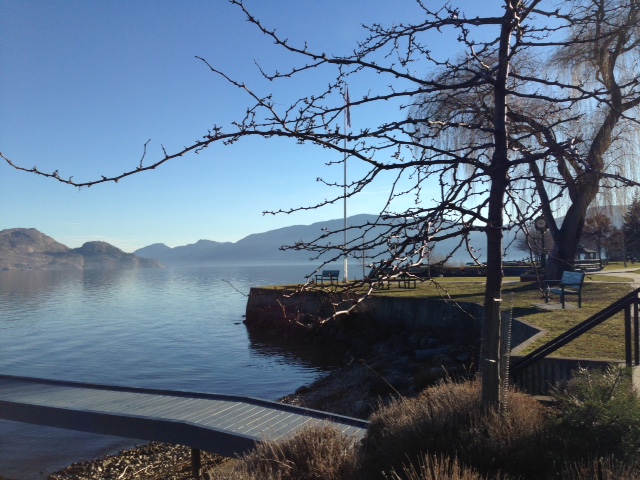 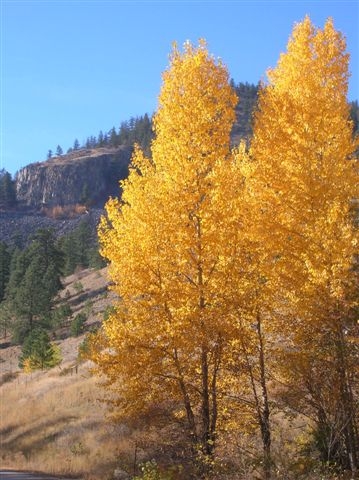